"Down with teachers! Up with revolution!” EDUCATION SPECIAL

This month Full Unemployment Cinema returns with an Education Special, in support of the ongoing education struggles happening in the UK and all over the world. We will screen a short selection of videos from education struggles; followed by a feature film and excerpts from 3 other films and documentaries, see details below.
Approximate running time: 2 hours.

With this screening we'd like to suggest going beyond the notion of a 'right to education', instead asking questions about the role of schooling in society, through works that look at different forms of kid rebellion against the restrictions of school institutions. What would a different form of education and transmission of knowledge look like?

“War is declared! Down with teachers! Up with revolution!”

Zero de Conduite draws extensively on Vigo’s boarding school experiences to depict a repressive and bureaucratised educational establishment in which surreal acts of rebellion occur, reflecting Vigo’s anarchist view of childhood. The title refers to a mark the boys would get which prevented them from going out on Sundays.


As well as being intransigently radical, Zéro de Conduite is also deeply poetical, and much of the rebelliousness is whimsical to the point of seeming like a dream. In part, the dreamlike moments reflect circumstances of its production. As originally shot, the film was much longer than it was meant to be. In cutting it down to the required length, Vigo removed narrative material and left behind the most evocative scenes. 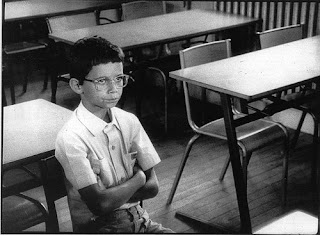 En Rachâchant is a short film made by the esoteric director duo Jean-Marie Straub and Danièle Huillet. The text is adapted from a children’s story written by Marguerite Duras. It tells the story of a little boy named Ernesto who refuses to go to school because the school teaches things he doesn’t know. 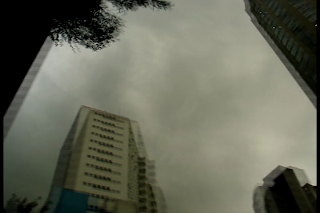 19th March 2010: 70,000 protesters in the streets of the city of São Paulo. It's the teachers strike. For more than 3 hours, following down the big avenue Paulista, from MASP to Praça da República (where the state govern sets), teachers, students and several militants scream against the education policies that are reducing the rights to labour for the teachers over and over again. The demonstators transform the noisy city into a place for appearance and free expression but always, of course, closely observed by the state police. 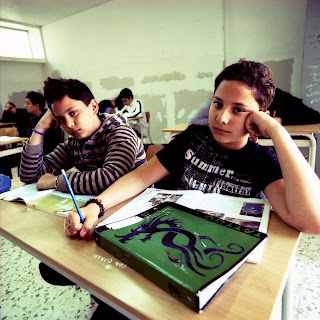 Scuola Media
by Marco Santarelli Italy 2010
Set in the industrial outskirts of Taranto, Italy, the documentary film depicts life in the junior high school Pirandello and the work of teachers and the headmistress. 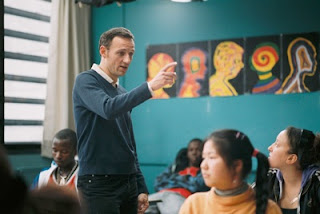 The Class
by Laurent Cantet, France 2008
Cantet’s feature film follows a year inside the classroom of one beleaguered public school teacher, played by none other than the real life Francois Begaudeau, in an urban middle school in Paris. 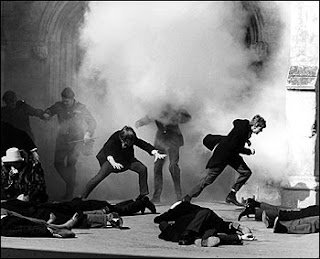