At
Colorama
52-56 Lancaster Street
London SE1
Please check this site just before the 24th in case of venue change!! 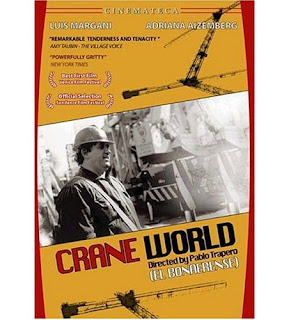 This film tells a story about Rulo (Luis Margani), a moderately successful musician in the 1970s but now he's divorced and an unemployed forty-something day-laborer living in Buenos Aires. He's looking for whatever work he can find. He lives with his son who's also musically-inclined rock n roller bum and his mother (Graciana Chironi). His best friend Torres has connections in the Argentine construction industry and finds him work as a large crane operator. But shit happens, you know so Rulo lands a job as an excavating machine operator in distant Patagonia. The workers live in a remote farmhouse and the relationship between management and labor is difficult you could say especially when the food is not forthcoming.

And so the story continues... 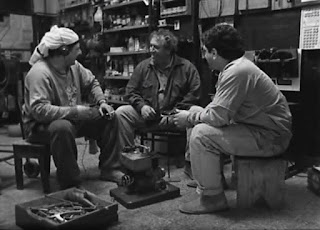 Film critic Stephen Holden liked the look and tone of the film and wrote, "[the picture] is a stylistic throwback to 1940s Italian neo-realism. The movie's grainy, sepia-toned cinematography and low-key naturalistic performances by a cast of nonprofessionals enhance its slice-of-life authenticity" but hey we think it's a lot better than that even.

Film critic Diego Lerer, in an extensive essay about director Pablo Trapero's cinema films reviews Mundo Grúa favorably and believes Trapero's film is advancing the "New Argentina Cinema Wave", his films continuing to break away from the older Argentine storytelling. He wrote, "Trapero's film dared to break even freer from the classic narrative models. Even though the film has a story, and one that advances with utter efficiency, Crane World respects the characters' internal rhythm like none of the other films by young Argentines had done so far...In Trapero's film, the scenes are developed in all their length." 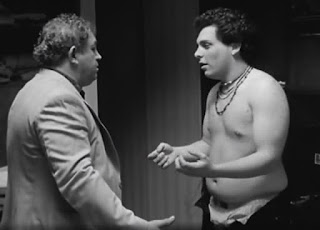 If you were a dumb film critic, you might write this about Crane World: 'The story of an aging and overweight one-time rock star who searches for work as a semi-skilled laborer. Employing the style of 1950s Italian neo-realism, Crane World is buoyed by the instinctive sense of optimism and perseverance that keeps the men and women of Argentina’s working class going". But then you probably wouldn't see or know that the film shows how that perseverance totally destroys your life the more you persevere. At a certain point Rulo is just fucked from the rat race. No wonder his son wants to just slack and play in the band. Super poignant film-a-go-go. Enjoy! 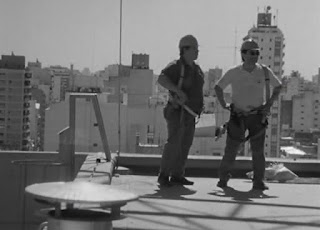 Posted by Full Unemployment Cinema at 15:49