This World We Must Leave - Special Double Bill

This World We Must Leave by Jakob Jakobson & Mikkel Bolt 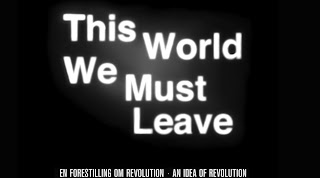 Mikkel Bolt and Jakob Jakobson will introduce both films and lead a discussion afterwards.

The title of the film 'This World We Must Leave' is taken from the French left communist Jacques Camatte, who wrote a text in 1973 entitled “Ce monde qu’il faut quitter”, in which he gives an account of how capitalism tends to subjugate not only society and the economy, but also culture, everyday life and the human imagination. Camatte’s critical analysis of the despotism of capital emphasizes the need for a radical transformation of mankind with a view to the development of a non-capitalist life. The short film, This World We Must Leave investigates and represents the desire for another world that is inherent in the rebellious or revolutionary rupture with the prevailing order: the revolutionary event which both articulates criticism of the existing order and presents a new perspective that reflects on how things could be organized in a different way.

The website has more details on the film and exhibition of which it was a part : http://thisworldwemustleave.dk/eng.html

'Communist revolution is complete revolution. Biological, sexual, social, economic revolutions are no more than partial attributes; the predominance of one is a mutilation of revolution, which can only be by being all.

Communist revolution can be conceived only if it is grasped through the history and paleontology of human beings as well as all other living beings. By grasping this we become aware that, if this revolution has long been necessary, it can now be realized. Earlier it was possible but not unavoidable. There were still other "human" paths in that they still allowed a human development; specifically, they allowed the externalization of human powers. Now almost everything has been externalized and plundered by capital, which describes the only path other than communist revolution: the total negation of human beings. Therefore we must understand our world; we must understand the despotism of capital and the movement of rebellion breaking out against it. This act of understanding which is taking place not only intellectually but also sensually (the rebellion is to a large extent bodily rebellion) can only be reached by rejecting the wandering (of humanity) and repressive consciousness.' 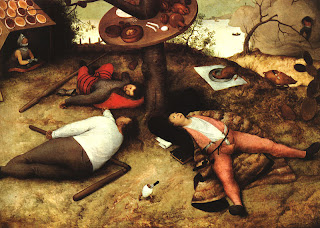 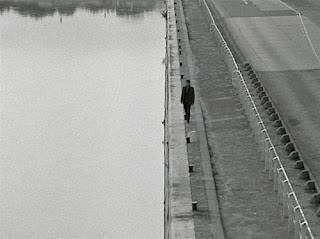 'You have hardly started living, and yet all is said, all is done. You are only twenty-five, but your path is already mapped out for you. The roles are prepared, and the labels: from the potty of your infancy to the bath-chair of your old age, all the seats are ready and waiting their turn. Your adventures have been so thoroughly described that the most violent revolt would not make anyone turn a hair. Step into the street and knock people’s hat off, smear your head with filth, go bare-foot, publish manifestos, shoot at some passing usurper or other, but it won’t make any difference: in the dormitory of the asylum your bed is already made up, your place is already laid at the table of the poète maudit; Rimbaud’s drunken boat, what a paltry wonder: Abyssinia is a fairground attraction, a package trip. Everything is arranged, everything is prepared in the minutest detail: the surges of emotion, the frosty irony, the heartbreak, the fullness, the exoticism, the great adventure, the despair. You won’t sell your soul to the devil, you won’t go clad in sandals to throw yourself into the crater of Mount Etna, you won’t destroy the seventh wonder of the world. Everything is ready for your death: the bullet that will end your days was cast long ago, the weeping women who will follow your casket have already been appointed.

Why climb to the peak of the highest hills when you would only have to come back down again, and, when you are down, how would you avoid spending the rest of your life telling the story of how you got up there? Why should you keep up the pretense of living? Why should you carry on? Don’t you already know everything that will happen to you? Haven’t you already been all that you were meant to be: the worthy son of your mother and father, the brave little boy scout, the good pupil who could have done better, the childhood friend, the distant cousin, the handsome soldier, the the impoverished young man? Just a little more effort, not even a little more effort, just a few more years, and you will be the middle manager, the esteemed colleague. Good husband, good father, good citizen. War veteran. One by one, you will climb, like a frog, the rungs on the ladder of success. You’ll be able to choose, from an extensive and varied range, the personality that best befits your aspirations, it will be carefully tailored to measure: will you be decorated? cultured? an epicure? a physician of body and soul? an animal lover? will you devote your spare time to massacring, on an out-of-tune piano, innocent sonatas that never did you any harm? Or will you smoke a pipe in your rocking chair, telling yourself that, all in all, life’s been good to you?

No. You prefer to be the missing piece of the puzzle. You’re getting out while the going’s good. You’re not stacking any odds in your favour or putting any eggs in any baskets. You’re putting the cart before the horse, you’re throwing the helve after the hatchet, you’re counting your chickens before they’re hatched and eating the calf in the belly of the cow, you’re drinking your liquid assets, taking French leave, you are leaving and you are not looking back.

You won’t listen to any more sound advice. You won’t ask for any remedies. You will go your own way, you will look to the trees, the water, the stones, the sky, your face, the clouds, the ceiling, the void.' 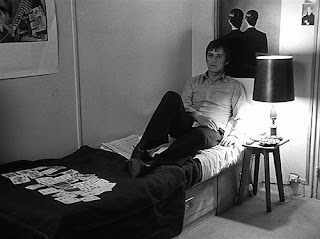 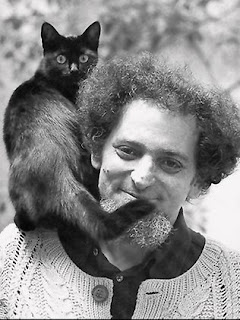 Posted by Full Unemployment Cinema at 06:38