SUNDAY SEPTEMBER 27th at 6pm
At 56a Infoshop

Man Push Cart is a 2005 American independent film by Ramin Bahrani that tells the story of a former Pakistani rock star who now sells coffee and donuts from his push cart on the streets of Manhattan. 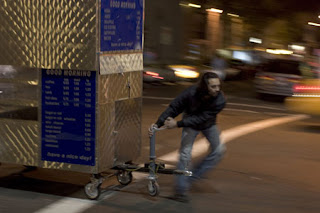 Every night while the city sleeps, Ahmad, a Pakistani immigrant, struggles to drag his heavy cart along the streets of New York to his corner in Midtown Manhattan. And every morning, from inside his cart he sells coffee and donuts to a city he cannot call his own. On his free time Ahmad Razvi sells pornographic DVDs. He lives a hard life, drinks Heineken and smokes Parliament cigarettes and goes to clubs. Like the workers found on every street corner in every city, he is a man who wonders if he will ever escape his fate. 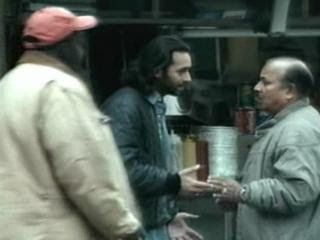 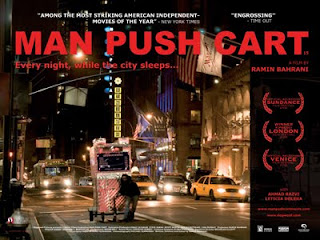 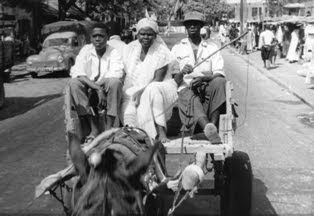 Borom Sarret was the cinematic debut of Senegalese novelist and Moscow-trained filmmaker Ousmane Sembene - and also represents the earliest film directed by an indigenous filmmaker in sub-Sahara Africa. 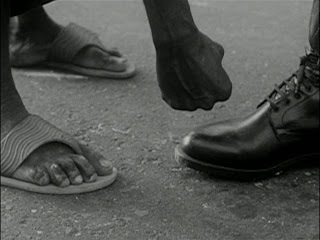 Borom Sarret opens to the stark emptiness of a black screen, evocatively filled by the sound of a solemn, mystical tribal chant incanted amid the asynchrony of a blunt, rhythmic beat. The darkness subsequently reveals a high contrast, daylight shot of the impoverished native quarters, cutting to a shot of the supplicant (Ly Abdoulaye) praying for benediction in the foreground with his wife silently toiling in the background, as the pair assiduously perform their disparate (and intrinsically revelatory) rituals at the break of dawn.

Retrieving his family's sole possession - the horse Albourah - from a clearing, the unnamed man then leaves to fetch his wooden cart in order to earn a paltry income as a borom sarret, (a derivative of the French term bonhomme charret), a horse-cart driver for hire operating around the native quarters of Dakar, often picking up equally destitute passengers who can only offer an indebted (and indefinite) promise of payment or a wordless, ambiguous handshake in lieu of the fare. Nevertheless, the day seemingly turns auspicious as actual paying customers begin to hire his services - an overloaded delivery of construction concrete blocks and an expectant couple hurrying to the hospital for the birth of their child - begin to replace the destitute early morning commuters (and presumptuous hitchhikers) catching a free ride to the main town square.

With earned money in hand, he decides to stop at an intersection in order to enjoy the idyllic morning, eat his meager kola nut lunch, and tend to a persistently squeaking wheel on his cart before being distracted by the uplifting voice of a traditional singer performing on the street. The singer's ancient tales enhearten the borom sarret, evoking images of his ancestral family's nobility and former glory, and in an act of impulsive and negligent pride, magnanimously hands over his entire earnings to the charismatic singer. Now running out of time and anxious to recuperate his lost income, the desperate borom sarret begins to accept a series of desperate and dubious passengers, and soon finds himself driving his outmoded, derelict cart into the modernized - and forbidden - hillside colonial-era community appropriately called the Heights. 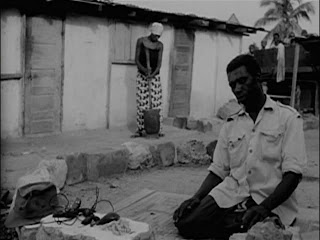 Posted by Full Unemployment Cinema at 09:41

Full Unemployment Cinema said...
This comment has been removed by the author.
23 September 2009 at 16:04