SUNDAY NOVEMBER 29th at 5pm
At 56a Infoshop

"Today, every worker is only working on one special part of the body, with always the same movement of the hand. There is no interference between the different sectors. For the workers it’s a normal work and most of them are happy to have a job".
Nikolaus Geyrhalter 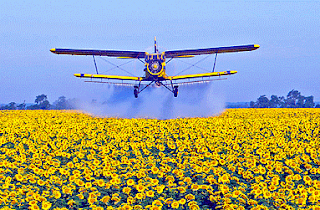 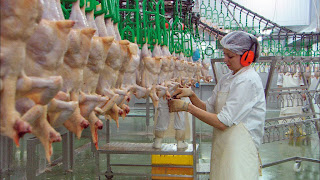 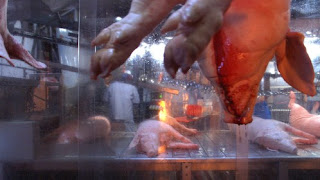 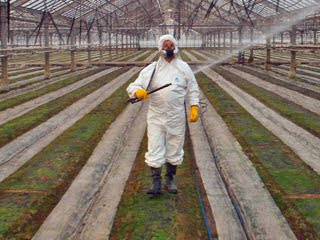 Nikolaus Geyrhalter in an interview with Silvia Burner

OUR DAILY BREAD, like all your films, doesn’t have voice-over commentary, but in this case, there aren’t any interviews either.

I imagine my films mainly in continuous tracking shots which also contain scenes with interviews. In this case worlds of work which can stand alone are shown. The people work in spaces which are otherwise empty, and there’s not much talking while they work. At the beginning we conducted a number of interviews. During the editing, which Wolfgang Widerhofer started while shooting was still going on, it turned out that these interviews tend to disturb, and interrupt, the perception of the film. We then decided on the more radical form as it’s more appropriate for the way the footage was shot. The intention is to show actual working situations and provide enough space for thoughts and associations in long sequences. The viewers should just plunge into this world and form their own opinions.

There’s no information about specific companies or data.

It’s irrelevant for this film whether a company that produces baby chicks is located in Austria, Spain or Poland, or how many pigs are processed every year in the big slaughterhouse that’s shown. In my opinion that’s done by journalists and television, not a feature film. I also think that things are made too easy for me as a viewer when I’m spoon fed information. That moves me briefly, gets me worked up, but then it can be put into perspective quickly, and it works like all the other sensational news that bombards us day after day because that kind of thing sells newspapers - and it also dulls our perception of the world. In this film a look behind the structures is permitted, time’s provided to take in sounds and images, and it’s possible to think about the world where our basic foodstuffs are produced, which is normally ignored.

"The film isn’t held together by people or places, it follows a different logic. It’s more of an episodic kind of thinking, an inspection, in both a spatial and temporal sense. An inspection that also comprises various cycles. The film includes themes without mentioning them explicitly: repetitive labour, automation, industrial production, and the brutality that it involves, the morality which comes into play when animals are killed, and so on. A number of discourses and approaches are set up in the film, but not so that the audience can leave the theater and say, “I learned this and that and this is what I have to do.”
Posted by Full Unemployment Cinema at 15:25