SUNDAY MARCH 28th at 5pm
At 56a Infoshop

Plus we will knock together a short aftertalk on Coup Pour Coup, Karmitz, La Gauche Prolétarienne and other wacky 70's French (ex)Maoists. 'Marin Karmitz's 1972 Coup pour Coup (Blow for Blow), a film about a group of women mounting a successful strike at a textiles factory, the nature of work is clear: there is exploitation (long hours, sexual harassment, physical exertion and foremen and women whose job it is to prevent you from slacking off), there is a site (the factory itself, which becomes a fortress complete with ad hoc crèche, kitchen and sleeping quarters during the strike) and there is an enemy (the boss himself, who is later held hostage in his office and forbidden to use the toilet, as the women themselves had been). The final scene is a freeze-frame of the workers united in struggle accompanied by a voice-over extolling the virtues of continued resistance'.

'Karmitz's film tries directly to bypass the social and cinematic obstacles to present a realistic picture of both work and the struggle against work – the actors consist of an effective combination of real strikers and film extras in equal measures, and the alphabetical list of names at the end includes the director as merely one name amongst others. It is a genuine attempt to undercut the non-egalitarian nature of most cinematic production and present a didactic model of social resistance at the same time'. 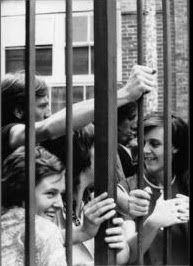 Taken from a longer essay on Inifinite Thought blog here


Voiceover from the film:
“You thought that we were only women
But you were forced to give in.
Agnes and Colette will stay with us.
Things will be different now. We will have a say.
Your foremen aren’t so arrogant. And for good reason!
No more of your secret negotiations.
You’ll have to accept what we impose.
We know you haven’t swallowed your sequestration.
We know you’ll try to fire workers.
You and your press cried scandal.
YOU CALLED ON THE LAW. BUT YOUR LAW IS TO SEQUESTRATE WORKERS FROM THE MOMENT THEY ARE HIRED UNTIL THE END OF THE TUNNEL, WHERE THE CHRYSANTHEMUMS GROW.
OUR LAW IS JUSTICE FOR THE PEOPLE.
IT’S A KNIFE TO YOUR THROAT.
You’ll try to eliminate what you call the troublemakers.
Don’t forget that your great victory is the unity we forged with our own strength.
Unity with our husbands, who are now aware of our struggle.
Unity with other factories.
OUR FIGHT HAS SPREAD. AND MAYBE, ONE DAY, IT WILL END IN BLOODSHED.
DON’T FORGET, THE IMPORTANT THING IS NOT YOUR MEASURES.
THE MOST IMPORTANT THING IS WHAT HAS CHANGED IN OUR MINDS.
WE HAVE TAKEN THE RIGHT TO SPEAK, TO TAKE ACTION.
RIGHTS THAT YOU BOSSES HAVE DENIED US, TO MAKE US MORE SUBSERVIENT.
AND WE SHALL FIGHT FOR THOSE RIGHTS WITH VIOLENCE, TO CONQUER THEM, TO KEEP THEM UNTIL THE DAY YOU DON’T HAVE ANY MORE. “ 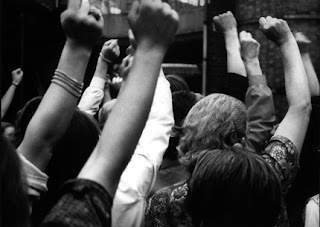 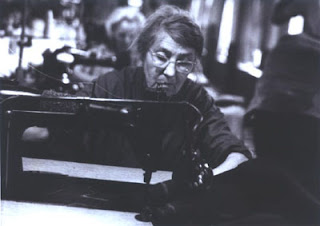 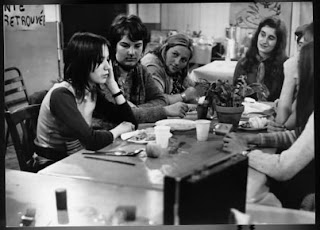 Posted by Full Unemployment Cinema at 07:19